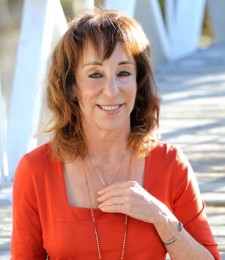 Denver, CO, May 14, 2017 (Newswire.com) - Tune in on Sunday, May 14th at 8pm EST and Saturday, May 20th at 10am & 10pm EST for a soul inspiring interviews on the Moments with Marianne radio show, with host Marianne Pestana as she talks with Judith Orloff MD about her new book, The Empath's Survival Guide: Life Strategies for Sensitive People, followed by Kyle McMahon a Warner recording artist and four-time guest on Oprah's Lifeclass about The Power of Telling Your Story, followed by an insightful interview with Eden Collinsworth, VP at Hearst Corportation about her new book Behaving Badly: The New Morality in Politics, Sex and Business.

Moments with Marianne is heard at Dreamvisions 7 Radio Network & WMEX 1510AM Boston. Not in the Boston area?  Click here to listen LIVE at 8pm EST: http://rdo.to/WMEX

"Dr. Orloff shows that intuition can help us lead smarter, saner lives. She is a serene maverick."

Transforming the face of psychiatry, Judith Orloff MD asserts that we are keepers of an innate intuitive intelligence so perceptive that it can tell us how to heal -- and prevent -- illness. Yet intuition and spirituality are the very aspects of our wisdom usually disenfranchised from traditional health care.

Dr. Orloff is accomplishing for psychiatry what physicians like Dean Ornish and Mehmet Oz have done for mainstream medicine -- she is proving that the links between physical, emotional, and spiritual health can't be ignored. Dr. Orloff is a New York Times bestselling author and is on the UCLA psychiatric clinical faculty. She specializes in treating empaths and sensitive people in her Los Angeles-based private practice. She has spoken at medical schools, hospitals, the American Psychiatric Association, Fortune Magazine's Most Powerful Women Summit, and alternative and traditional health forums -- venues where she presents practical intuitive tools to doctors, patients, and everyday people. In response to her work, The Los Angeles Times calls Dr. Orloff "a prominent energy-based healer".

Judith Orloff, M.D. created The Empath's Survival Guide (SoundsTrue 2017) as a practical, empowering book for everyone who wants to develop their sensitivities and empathy to become more caring people in an often insensitive world. Whether you’re a highly sensitive person, or an empath who absorbs other people’s stress, or simply someone who wants to live a more open-hearted life without burning out or experiencing compassion fatigue—this book is for you. It’s also for the loved ones of sensitive people who want to become more supportive of them. Sensitivity is a great gift that needs to be honored and developed.

The Power of Telling Your Story with Kyle McMahon

As a four-time guest on the Emmy-winning Oprah’s Lifeclass, Kyle has become the face of fatherless sons. Through his work with fatherless sons issues, he joined with NBC‘s Veronica De La Cruz and Everclear‘s Art Alexakis to create the Stand Up Man Up Campaign spawned from And Then There Were Two, a non-profit promoting responsible fatherhood. http://www.kylemcmahon.me

Behaving Badly: The New Morality in Politics, Sex and Business with Eden Collinsworth

Eden Collinsworth is a former media executive and business consultant. She was president of Arbor House Publishing Co. and founder of the Los Angeles-based monthly lifestyle magazine, BUZZ, before becoming a vice president at Hearst Corporation. She served as the chief operating officer and chief-of-staff at the EastWest Institute, a global think tank.

After writing a bestselling book in China for Chinese businessmen on Western deportment, she launched Collinsworth & Associates, a Beijing-based consulting company, which specialized in intercultural communication.

What is the relevance of morality today? Addressing this question in Behaving Badly with self-effacing wit and unremitting resourcefulness, Eden Collinsworth enlists the famous, the infamous, and the heretofore unheard-of to unravel how we make moral choices in an increasingly complex—and ethically flexible—age. http://www.edencollinsworth.com

For more show information or to learn more about Moments with Marianne visit www.MomentswithMarianne.com