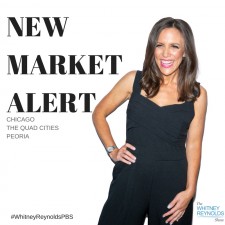 CHICAGO, September 5, 2018 (Newswire.com) - Starting this Fall, The Whitney Reynolds Show expands to a third market on the PBS network. The news was first announced on the Moments with Marianne Radio Show during an on-air interview with Whitney Reynolds, whose show currently airs on Chicago Lakeshore PBS and The Quad Cities PBS.

Whitney Reynolds revealed during the broadcast the new partnership with WTVP, PBS Peoria, who have added The Whitney Reynolds Show to the program on Tuesday evenings at 10 p.m. Central Time.

Reynold’s commitment to the community and truth, and the show’s dedication to “provoking positive change through tough topics,” has earned the Oklahoma native several awards, speaking engagements and honors, including:

Emmy nominated Whitney Reynolds' news background and passion for people have been combined to create a show that is changing the world of talk TV.  The Whitney Reynolds Show educates, motivates and makes a difference, one topic at a time. What started as an online talk show, the program gained momentum quickly and moved to NBC within it's first year. In 2012 the show made strategic changes, which included a move to PBS Stations in Chicagoland and The Quad Cities. The Whitney Reynolds Show is currently in season nine and just released it's first book, "Beyond The Interview, A 52 Week Guide of Inspiration."

The mission however, doesn’t stop with her program. Whitney also has segments on iHeart Radio and a column in Chicago Woman Magazine. On each of these platforms, she is using her voice to create positive change through media.

Originally from Oklahoma, she's learned how to combine southern charm with big city hustle. Her motto is: If the door closes, there's always a window. Whitney graduated from Baylor University in three years and then moved to New York to intern for Good Morning America. Post GMA, she was a morning anchor in both Oklahoma and Texas. She has since planted her roots in Chicago and lives in the Lakeview neighborhood with her husband David and twins.

For media inquiries or to have The Whitney Reynolds Show considered for your area, contact: 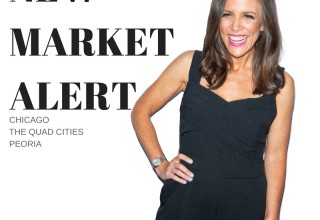 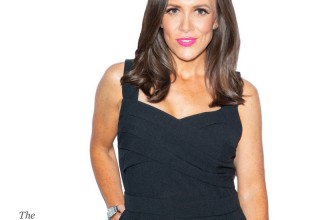 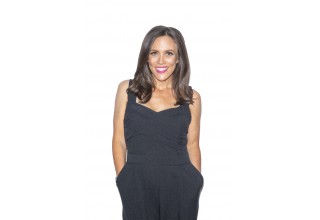